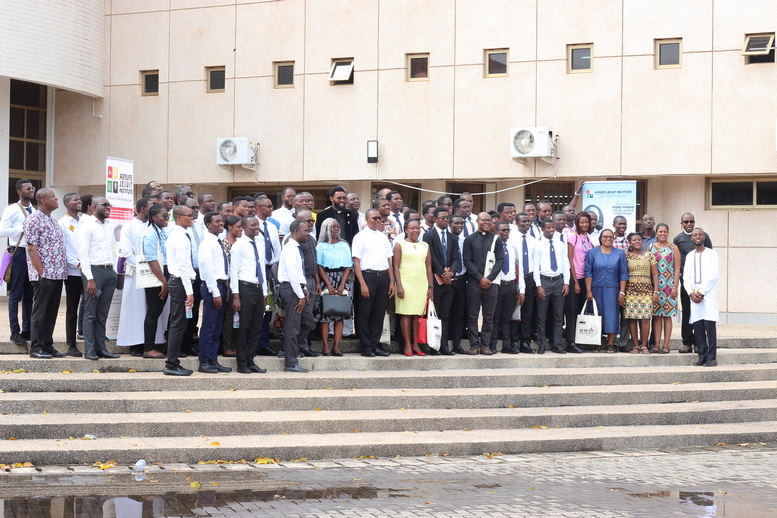 On November 14, 2019, the Arrupe Jesuit Institute (AJI) held its inaugural Pedro Arrupe Social Justice conference on the theme: “Migrants Matter: Christian Responses to Global Crisis.” The AJI, which used the event to mark its first year of existence, is the premier social apostolate of the Jesuits of the North-west Africa (ANW) Province. Among other things, the AJI aims at identifying, analysing and proposing solutions to issues of concern in Ghanaian and African societies.

The conference coincided with the 112th anniversary of the birth of Don Pedro Arrupe, the 28th Superior General of the Society of Jesus (Jesuits), in whose honour the AJI is named. Furthermore, the conference provided an occasion for the ANW Jesuits to commemorate the 50th anniversary of the Social Justice and Ecology Secretariat, the office at the Jesuit General Curia responsible for supporting and encouraging Jesuits and partners in their work for justice, peace and the environment worldwide. Formed in 1969 under the name Jesuit Secretariat for Socio-Economic Development (JESEDES), it remains one of the enduring legacies of Fr Arrupe, together with other laudable initiatives such as the Jesuit Refugee Service (JRS).

The theme of the conference was inspired by a host of factors, foremost among which is the vision of Pedro Arrupe, who established the JRS to address the plight of fleeing Vietnamese boat people in the late 1970s. Confronted by today’s new “boat people”, represented in part by the host of Africans crossing the Sahara and the Mediterranean in the quest for the proverbial greener pastures in the global north, participants gathered to explore various dimensions of this issue. Moreover, the Holy Father, Pope Francis, has made migration a priority item of his papacy such that he has taken direct and personal responsibility for this through the Migrants and Refugees Section, a special office under the Dicastery for Promoting Integral Human Development. This section advances the pope’s call on governments, intergovernmental bodies, and indeed the church to work towards “welcoming, protecting, promoting and integrating” migrants and refugees. 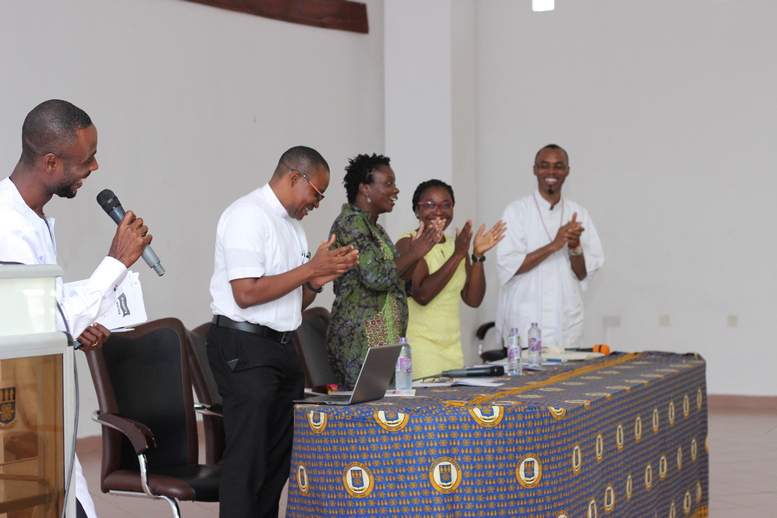 The conference keynote speech was delivered by Very Rev. Dr. Agbonkhianmeghe E. Orobator, President of the Jesuit Conference of Africa and Madagascar. Speaking on the topic, “Dying for a Better Life: Confronting the Ethical Challenges of Transcontinental Migration in Africa,” Dr. Orobator examined the socio-economic roots of the global social disease of voluntary migration and lamented that “thousands of young Africans brave the crossing of the Sahara and the Mediterranean in search of a better life.” He bemoaned the actions and inactions of African governments in securing the welfare of their citizens in their respective countries which has contributed to the increasing numbers of Africans willing to risk their lives on perilous journeys on the Sahara and across the Mediterranean.

The Rev. Dr. Michael Mensah, Dean of Academics at the St. Paul Catholic Seminary, Sowutuom, Accra, who interpreted the biblical perspective of migration in contemporary African context, said the Bible, in both the Old and New Testaments, is arguably a compendium of the experiences of migrants. He noted that “one of the most important and paradigmatic stories of migration is the Babylonian exile” and posited that “while this account is narrated in several pros texts, Psalm 137 affords us the unique opportunity, to hear the voices of those exiles themselves who were forced to migrate after the fall of Jerusalem.”

On her part, Prof. Akosua Darkwa, Head of the Sociology Department at the University of Ghana said “humans have been migrating for as a long as we have had written records of human activity,” and “while migration per se is not new, attitudes towards migration have changed over the time.” She pointed out that “increasingly, as European countries have embarked on various measures to control the inflows of migrants into their borders, the language and imagery used to describe migration has turned largely negative.”

A unique feature of the conference, which added to its success in foregrounding the real issues it was addressing, was the inclusion of stories of some persons who had actually engaged in irregular migration to Libya. The harrowing accounts narrated in the local language of Twi by Yeboah Moro and Daniel Ofosu left the audience made up of academics, priests, religious men and women and some lay faithful riveted by the stark nature of the perils it involves.

In her concluding remarks, the conference chairperson, Dr Amanda Coffie, a Research Fellow at the Legon Centre for International Affairs and Diplomacy (LECIAD), noted that the migration situation among Ghanaian youth is a call to action even if it remains a complex phenomenon. She reiterated the need “for more public discourse on migration issues to unearth the victimization of migrants and those who have become victims of cartels” adding that “migrants should be respected, treated as human and accorded the necessary courtesies.”