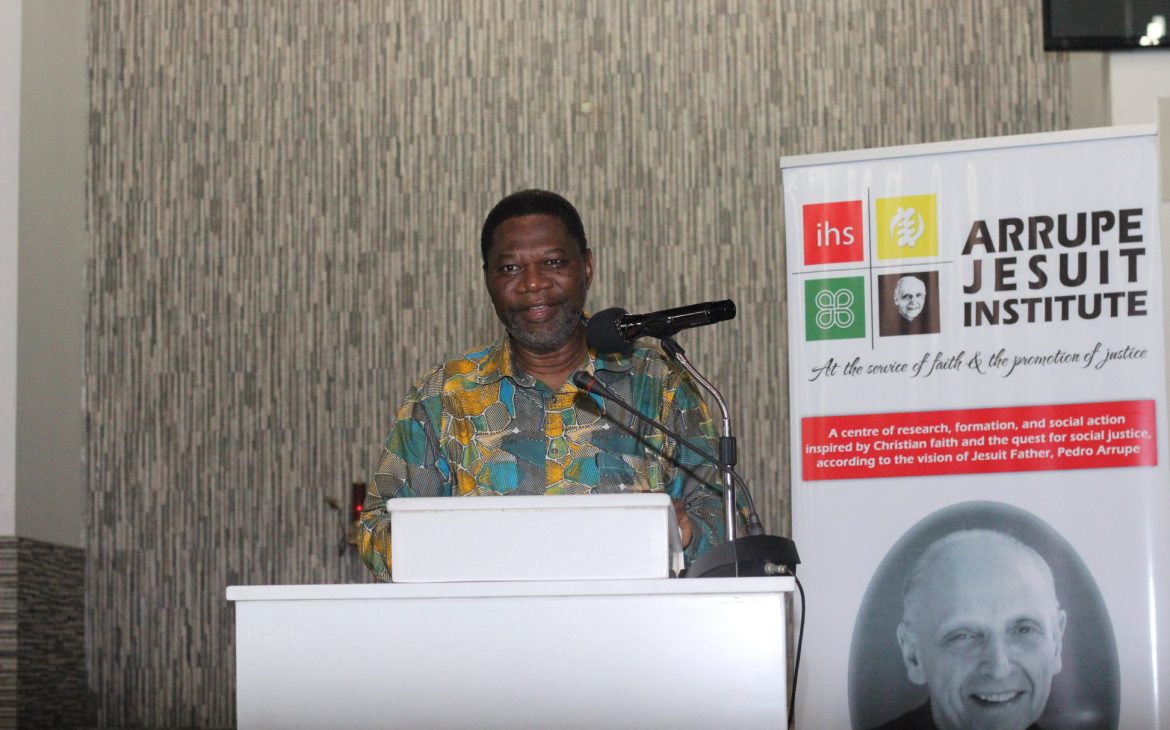 The 2nd edition of the Faith in Public Life advent lecture series came to a close on Tuesday December 17, 2019 at the Christ the King Parish. After two weeks of inspiring lectures and experience sharing from Mrs. Peggy Dzozomenyo and Justice Amma Gaisie, the final lecture was delivered by Ambassador Sylvester Parker-Allotey, a retired career diplomat. He held many key positions during his time in public service. He was a former  Director of Passports, Deputy Head of  Missions in Saudi Arabia and South Africa,   Ambassador of Ghana Plenipotentiary to Japan and High Commissioner to Japan just to mention a few. It was during his tenure as Director of Passports, that the application and present design of Ghana’s Biometric Passport was completed.

He began his lecture by defining the key term faith with reference to biblical quotations and public service.  He emphasized that faith makes us agents of change and that public servants may lose the values that faith teaches, when they decide to chase after money. He went on to speak about the current state of the public service in Ghana.

He stated that as a country, we have a deteriorating public service as compared to what we inherited. He said the biggest challenge facing the sector is the politicization of public appointments, where politicians push their people into certain key positions without considering their qualification and competence. These appointees in turn are compelled to do the bidding of politicians at the expense of the common good of the nation for fear of their appointments being terminated. He further attributed the deteriorating state of Ghana’s public service to lateness, bribery and corruption, not paying attention to details when reading documents and signing contracts etc.

He suggested some reforms which would improve the state of the public service in Ghana. Some of these include; the reintroduction of the graduate entrance examination for recruitment in the public service, setting up more anti-corruption agencies etc. He also bemoaned the inadequate remuneration for both active and retired public sector workers. He cited that this was the main reason why some public servants engage in corrupt practices to supplement their meagre salaries. He therefore called for the restructuring of pensions and salaries in the public service.

Narrating his time in the public service, he cited several instances where he stood his ground and refused to be pressured to take certain decisions that was contrary to his faith and code of conduct his office. One of such instances was when he was the Director of Passports. He said he received a request from his minister to issue a diplomatic passport to a retired vice chancellor whose passport had expired a year ago.  He explained that he couldn’t grant the minister’s request because, the vice chancellor was no longer in office and all diplomatic passports must be issued upon written approval by the minister. When he informed the minster through a memo about why he couldn’t grant his request, he was ordered to hand over his office in two weeks. He said “So when I sent the memo to him, his response was that I should hand over as Director of Passports n two weeks. I handed over in three days and told him I didn’t need to be Director of Passports”

He also cited a situation where he was willing to vacate his post as chairman of a board set up to recruit people into the Foreign Service rather than recruiting unqualified persons into the service.
The day also marked the birthday of the Holy Father Pope Francis, he was given three happy cheers and three Hail Marys.